EOFed unites the amateur and youth and other types of non-professional orchestras in European countries, which play symphonic orchestra and chamber music works of all periods of time and genres. Organisations of brass bands, wind instrument orchestras and other specialized ensembles are partners of EOFed.

EOFed promotes amateur music making of all ages with a special focus on youth. It aims at facilitating contacts and cooperation amongst its members and individual orchestras. It runs an event and festival data bank and offers partners in the music business advertising and promotion opportunities.

EOFed also coordinates and facilitates the international lending of musical notes, scores and partitions. A major concern of orchestras is access to sheet music, scores and parts.

EOFed has set up an active network among the music libraries of its member federations such BDLO (Germany), EOV-SFO (Switzerland), NASOL (Norway), FASO (the Netherlands) and ESOL (Estonia), which have major music libraries. They also lend out sheet music internationally, primarily to reciprocal member orchestras. Many of the works in a particular library can be found in the “Nürnberger Katalog” (conceived over the years by Dr. Joachim Conradi). They can often be borrowed via the national federation.

EOFed promotes and defends the interests of amateur music making and youth orchestras movement with authorities at the European and national levels and can assist member organisations in their lobbying at local levels if they wish so.

EOFed organizes in every 3 years time European Orchestra Festival in different countries in Europe (last ones in Estonia in 2012, in Italy in 2015, in Norway in 2018), librarians meetings, other conferences, concerts and events.

A brief history of the European Orchestra Federation

An important activity of EOFed, and before that EVL, is the organisation of the European Orchestra Festival. For the goals of EOFed look at our mission, vision and objectives page.

A history of the European Orchestra Festivals

The first European Orchestra Festival took place in 1988 in Friedrichshafen on the German shore of the Lake Konstanz, three years after the founding of the Europäische Vereinigung von Liebhaberorchestern EVL (European Association of Amateur Orchestras EAAO. Every third year since then, EVL has organised the European Orchestra Festival: in Solothurn, CH (1991), Brno, CZ (1994), Leiden, NL (1997), Lyon, FR (2000), Vaduz/Werdenberg, FL/Canton of St. Gallen (2003), Chemnitz, DE (2006) and Dalfsen, NL (2009). Dalfsen was the right time and place where EVL and the European Association of Youth Orchestras EAYO joined forces and became the European Orchestra Federation EOFed. Since this founding of EOFed European Festivals were organised in Tallinn, EE (2012), Cremona IT (2015), Bergen, NO (2018). 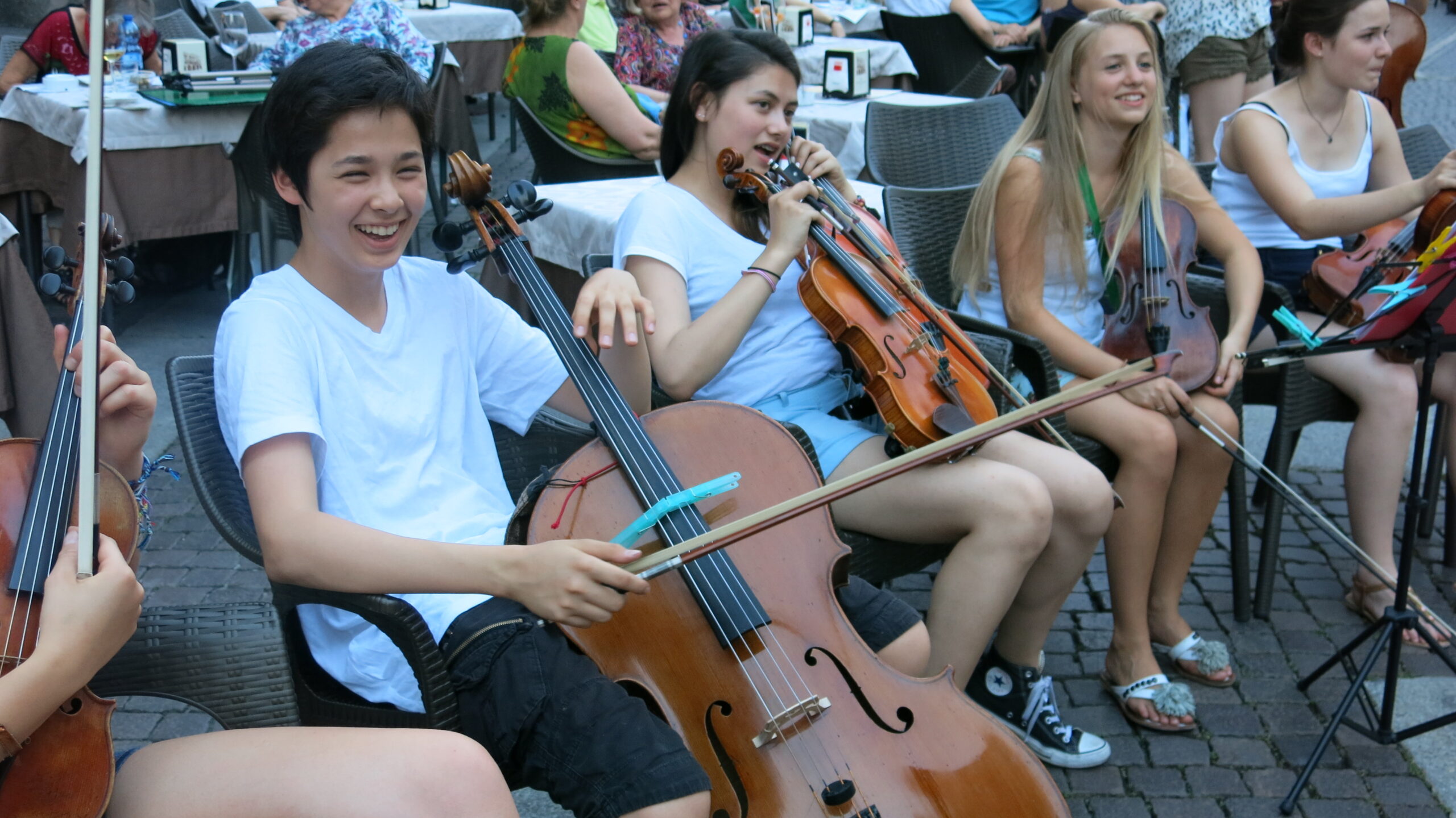 The year 1985 was the UN Year of Music which incited the Swiss flutist and conductor René Pignolo to launch the idea of an international association uniting the amateur music making scene in Europe. It took time to organise the idea into a concept and to draft statutes. His persistence and that of a few of his colleagues prevailed, and on June 15, 1985, he called for the founding assembly EVL to the mountain resort of Grindelwald in the Bernese Oberland.
All but one of the institutions who are still in EOFed were founders of EVL: BDLO from Germany, OLW from Liechtenstein, FASO from The Netherlands, EOV from Switzerland.

In 1987 Ole Bjornson, president of UNOF (Norwegian Youth Orchestras) asked Carol Main, general manager of NAYO (headquarters of the National Association of Youth Orchestras GB in Edinburgh/Scotland), if she was positive in starting a special EU Youth Orchestra movement. Jeunesses Musicales International was very active since 1947 in e.g. Sweden, Germany, Hungary and Denmark, but many others were lacking a national network. Summer 1987, Anneke van Nes/general manager of the Youth Orchestra of the Netherlands, met Nicola Wallis/Aberdeen Festival and Carol Main/Edinburgh/NAYO and was invited to join the Working Group on the way to start EAYO.

Internet had still to start and how to spread the news that Youth Orchestras were welcome at festivals in e.g. Aberdeen, Edinburgh, Valencia, Florence etc. It was difficult but even so EAYO blossomed.

Contact between EVL and EAYO started and in 2007 a committee started preparations to form the two organisations into EOFed.